The first time I met Ingbert Brunk , was during one of his exhibitions in Murnau South-Bavaria. A very interesting person and a confident artist. You feel his passion in all his works. I saw this by myself in his atelier in Naxos. He uses the famous Naxos marble for his artwork. I found him in his open-air atelier, in his rose house on the azure blue Aegean Sea, his hair white from the marble dust. Concentrated, the result already in his imagination, he creates unbelievable artistic pieces out of stone. Different machines are necessary to transmute the hard stone into a smooth extraordinary object. He respects the different color layers in the marble and integrates this pre-work from the nature stylistically in his work. He breaths in live into the stone. If you touch it, you feel it. May be this is his worldwide success as a sculptor. 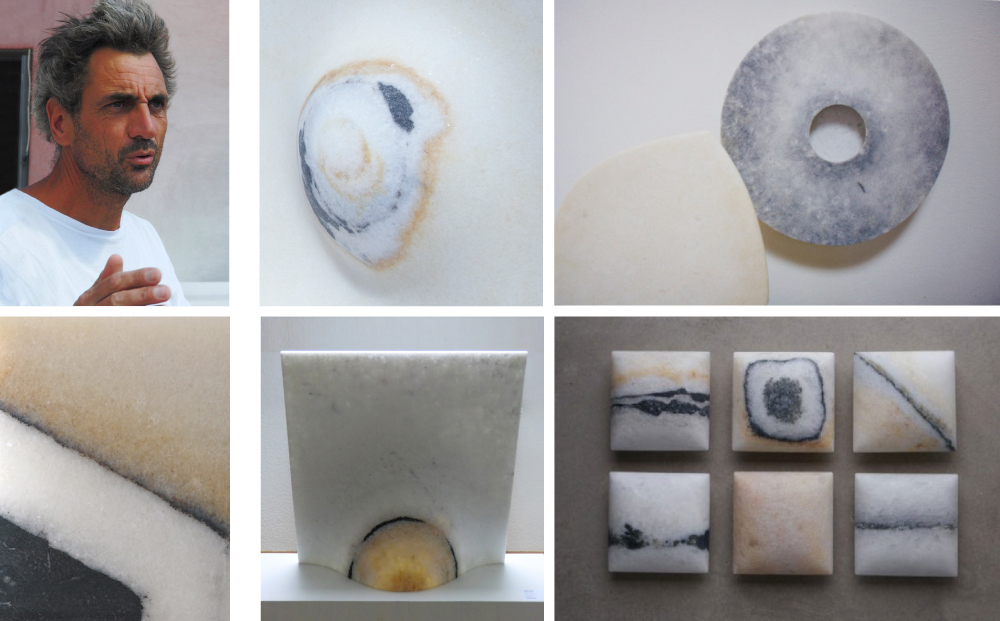 Ingbert Brunk born 1960 in Dannenberg Germany. Study at the “Hochschule der Künste” (art-academy) in Berlin from 1980 till 1985. 1986 he settled down in Naxos, the biggest Island of the Cyclades in the Mediterranean Sea in Greece. Till 2008 he had his atelier in an old Convent in Naxos old town. Now he works in his new build atelier on the lonesome and wild Eastside of Naxos. 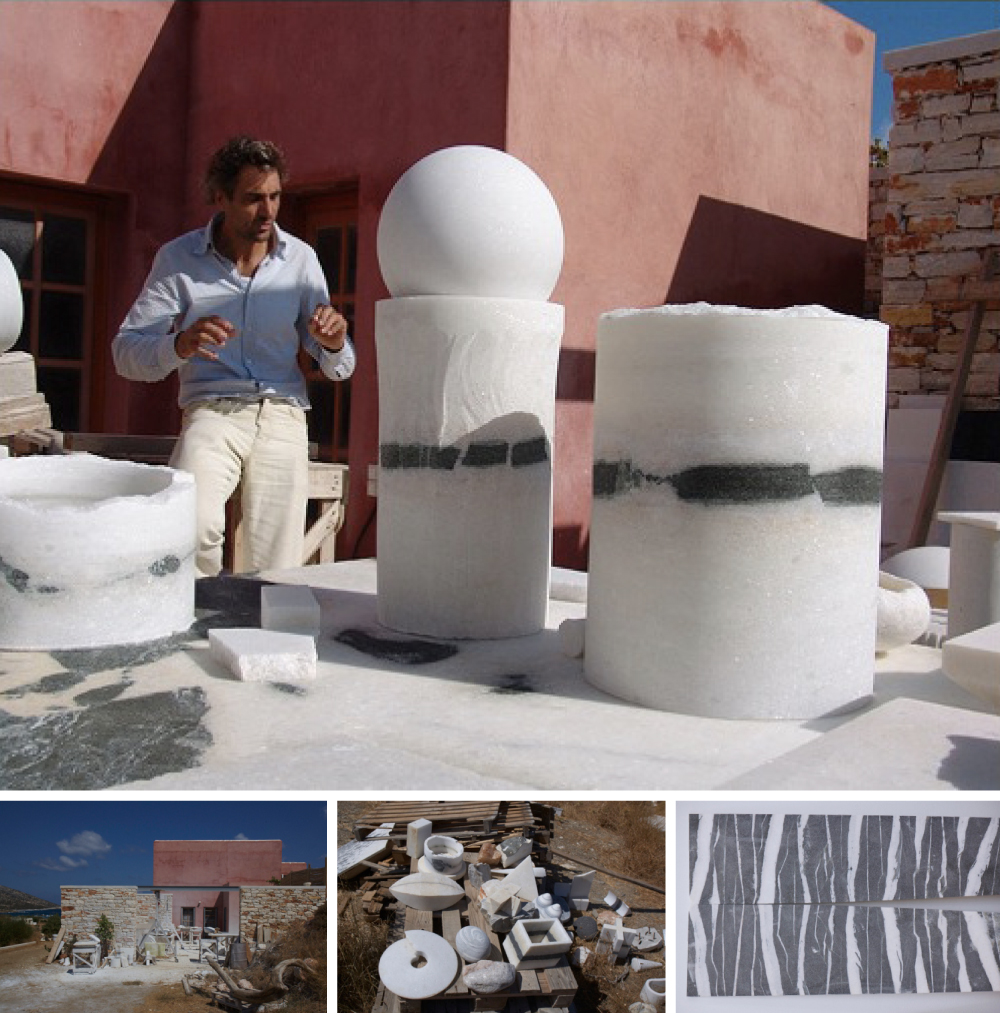 He characterizes his work this way: “Stone is a material that produces vivid associations in me. Via reduced forms I try to disclose to the observer what I glean from the stone.

Naxian marble, with its large, pure crystal, its colour and intermediate layers of other rock, inspires me again and again to begin a new dialogue, to newly formulate a possibly already known statement.

The ability of this calcium crystal to allow itself to be penetrated by light, to soak it up and reflect it from the interior, can give me a sensual image of the descent of the light and the penetration of the physique.”