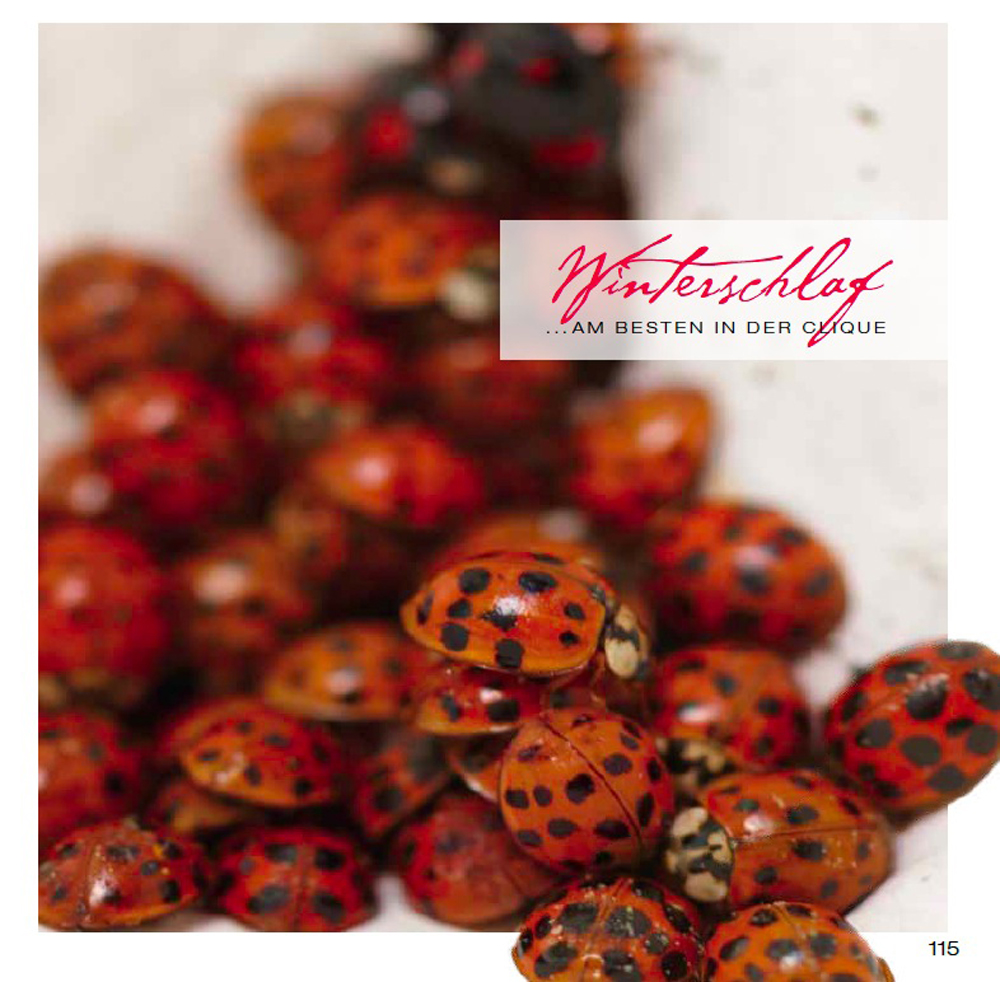 Harmonia axyridis is a “typical” coccinellid beetle in shape and structure, being domed and having a “smooth” transition between its elytra (wing coverings), pronotum, and head. It occurs in three main color forms: red or orange with black spots (known as form succinea); black with four red spots (form spectabilis); and black with two red spots (form conspicua). However, numerous other forms have also been recorded, particularly in the native range. The beetle is typically large for a coccinellid (5.5–8.5 mm long) and even more dome-shaped than native European species. These characteristics distinguish H. axyridis from native species in the UK.

A useful informal clue for distinguishing this species from most other Coccinellidae is that the pronotum of the succinea colour forms of Harmonia axyridis has white markings that typically define an “M”-shaped black area, as seen on a beetle resting head-upwards (or “W”-shaped if it is head-down). This is most obvious in the common 19 spot form, less obvious in some of the less common varieties, but works well as a rule of thumb. They always have reddish-brown legs and are obviously brown on the underside of the abdomen, even in the melanic colour forms.