Because Lapland lies north of the Arctic Circle, it never gets really dark in the summer between May and August. 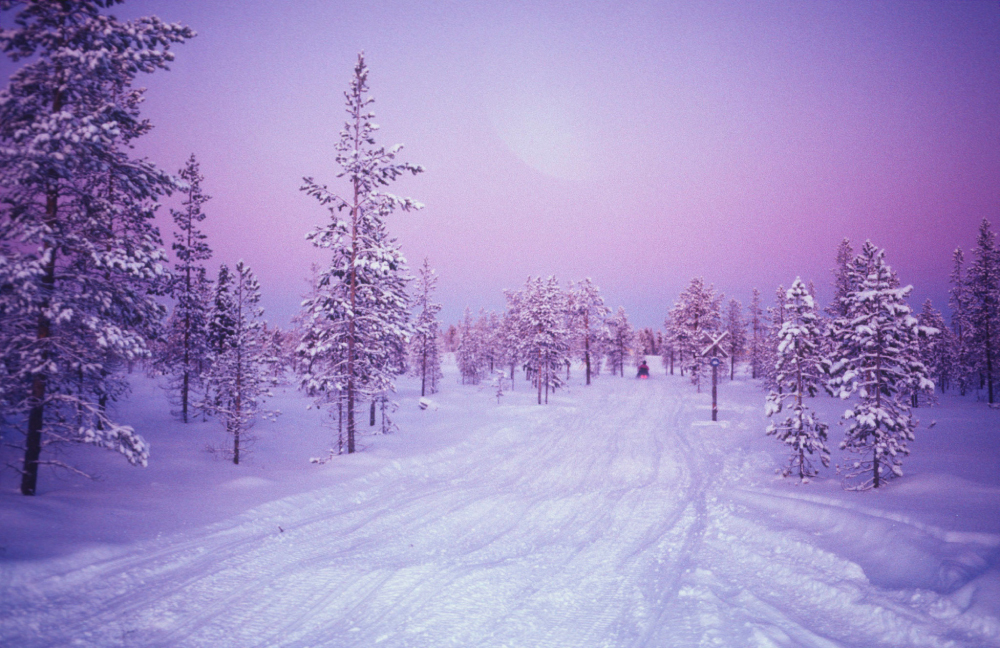 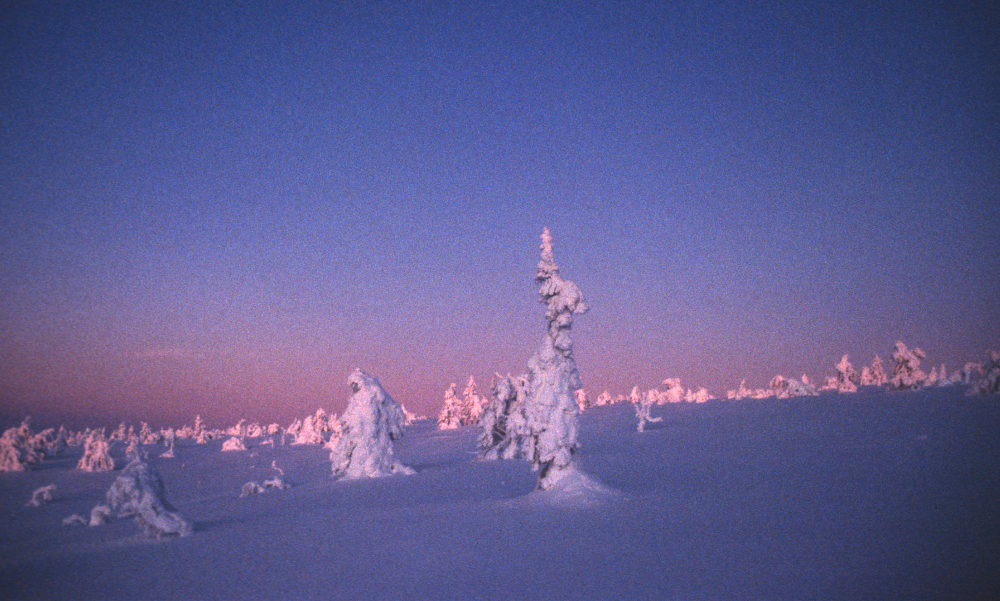 In turn, it hardly gets light between December and mid-January, at least in northern Lapland. At around noon, the sky takes on a twilight quality for one or two hours before night falls again. There is something magical about these nights. They are not pitch black, because the snow acts as a giant mirror reflecting the light, covering the landscape in double the moonlight. An experience of a different kind is brought about by the northern lights that show up on those nights in the firmament. You are very close to heaven and you feel it. Simply unforgettable. 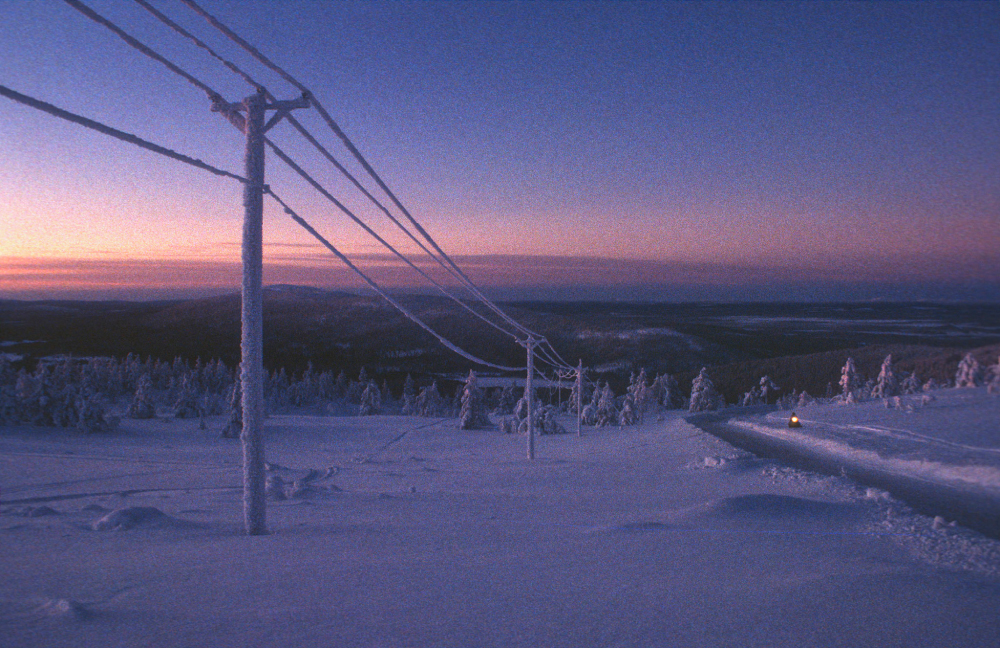 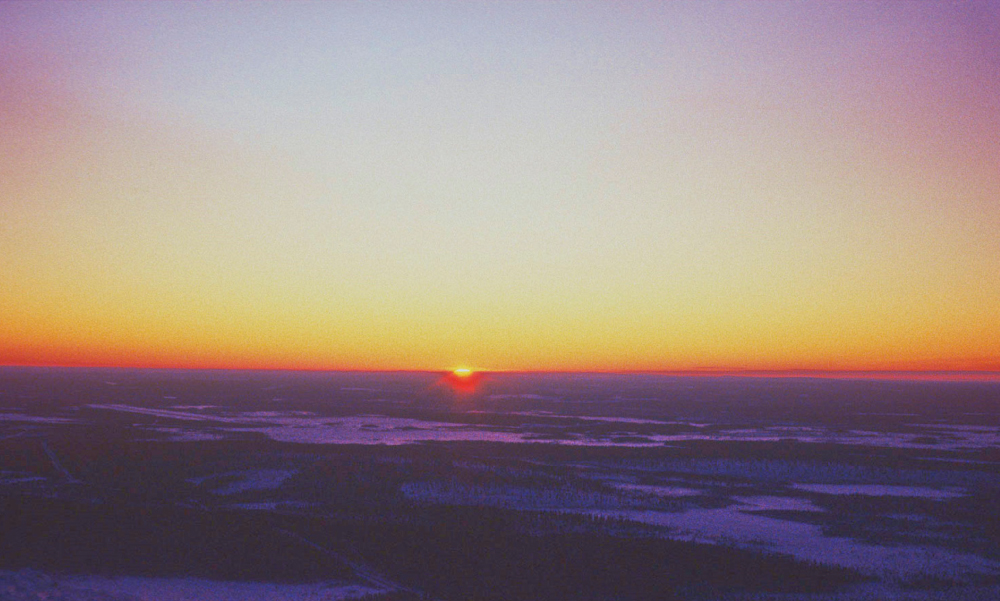 But what impressed me the most was the beginning of January, the never-ending sunrise, which was simultaneously the sunset. The sun lay on the horizon like a giant orange-red banana. For hours. Every day a little bit longer and every day a little more sun volume. The first time the sun emerged after the long darkness, for a few days you could see only a bright glow, then, rays behind the horizon, until the sun could finally be seen. Only a little bit, but it was there – the sun. I felt like the Little Prince by Antoine de Saint Exupéry, who sat on his planet watching sunrises and sunsets all day long. I loved it! But this light is absolutely indescribable. One can get an idea from my photos here. They have not been manipulated at all. The colour is actually like that. A mixture of delicate rose over pink and purple, towards bluish green, turning the landscape into scenes from a fantasy film.