Slowly, night falls and darkness envelopes the islands of Lofoten. The first stars gradually emerge in the firmament. Except for the sound of the waves surging on the sandy beach, barely a sound can be heard. Then, as if by magic, the first Northern Lights appear. Vertical rays of violet light. This is unusual, as most of the Northern Lights shimmer in green raiment. Today, the Earth‘s magnetic field will be thrown into turmoil. A thick and fast particle cloud from the sun is just hitting the earth, unsettling the planet‘s magnetosphere.

Fascinated, I watch the mystical lights in the sky, still clueless about what to expect that night. Less than an hour later, a natural event begins that will forever remain in my memory and will always attract me to the far north of Scandinavia.

A real auroral storm is brewing. In ribbons, bows, rays, misty veils, drapes and coronas, the auroral lights are sometimes so bright that I could easily read the newspaper. The light shines in the most incredible colours, from green to blue-violet to red and magenta. The speed, brightness and colours are at their most impressive when the Northern Lights are dancing directly overhead. I almost think I can see the particles, resembling a sandstorm, as they sweep by just above me. Delicate structures appear, change in a matter of seconds, dissolve and re-form. A bright and active aurora often dissolves into a a delicate green veil that billows slowly across the sky for minutes. The question of whether or not the show is over is mostly answered immediately with a new outbreak that mops the veil away within seconds, drawing new shapes in the firmament. It seems as if nature is going to great lengths to give the mystical magic incredible splendor. 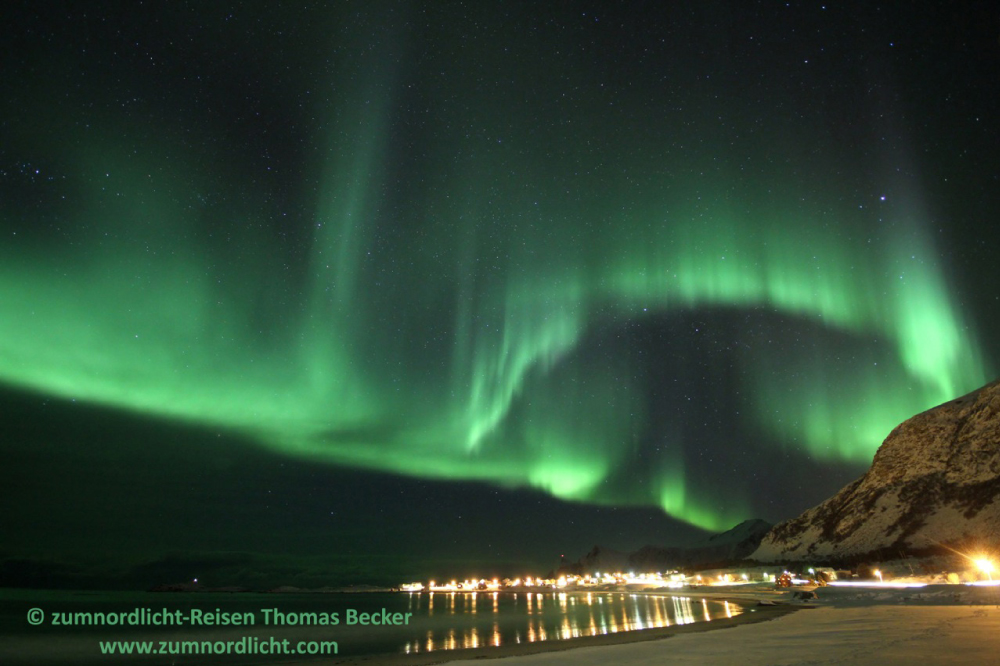 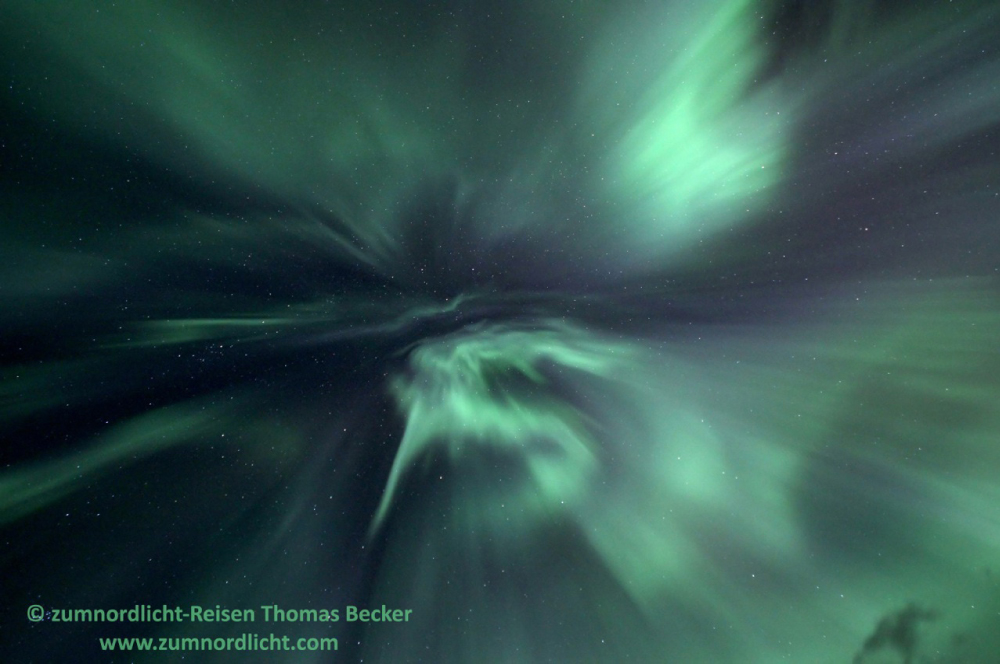 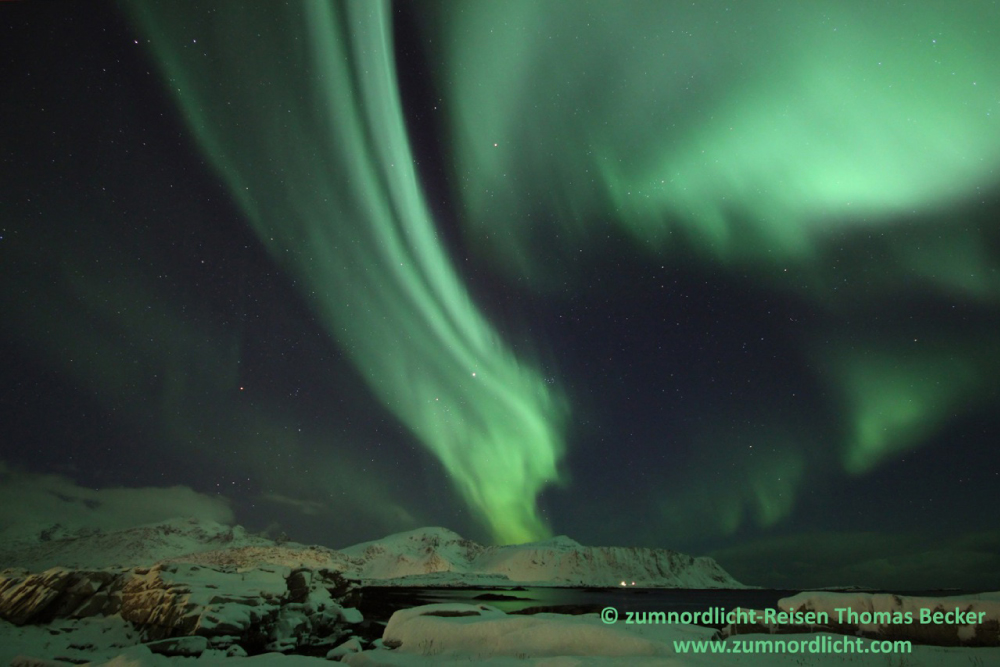 Every person who experiences such powerful northern-light activity will never forget it. Largerly unknown and extremely rare in our latitudes, the light phenomena seems to be from another world. No wonder the people of earlier times believed that the souls of their deceased lit the long darkness of the polar nights for them or that other supernatural events were taking place in the sky. Nowadays, the auroras can be mostly explained with physics, but they have not lost any of their fascination to us humans. 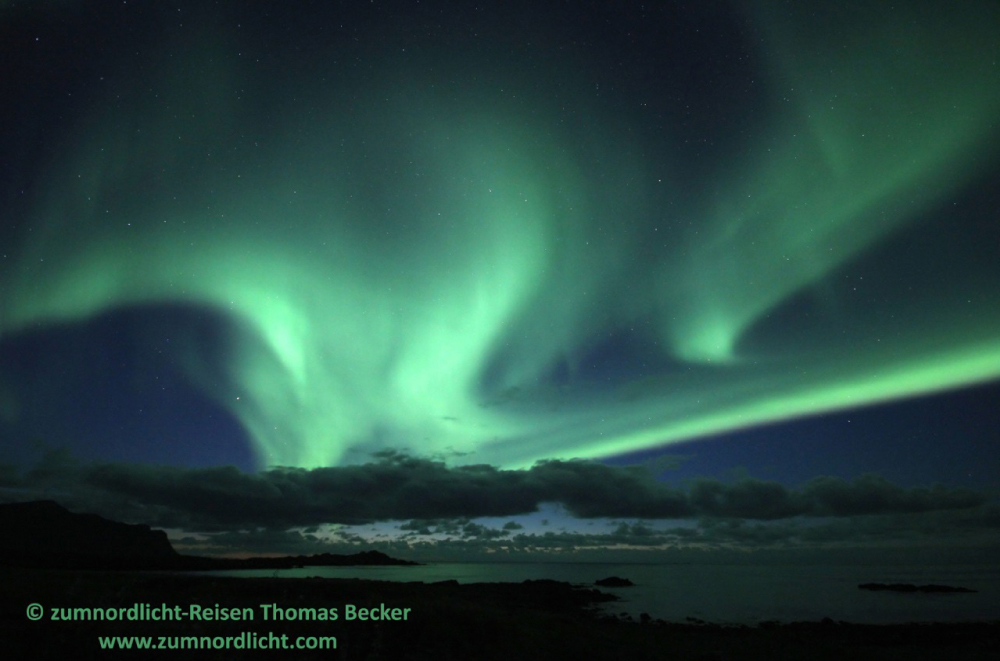 To show the Northern Lights to all those who have not yet had the good fortune of seeing them for themselves, I capture the event with my camera as often as possible and join interested travellers to Norway‘s high north. 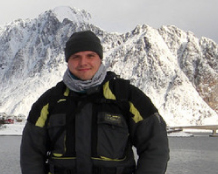